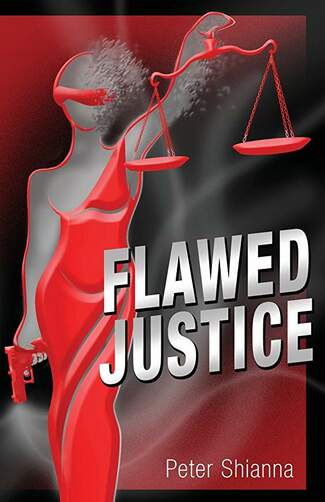 Jason Ferris and Cari Lang shared an idyllic Midwestern childhood until a gruesome murder shattered their lives.  They went in different directions, Jason to the priesthood, Cari to a disastrous marriage.
Now, a quarter of a century later, Cari has located Jason and suggested that they meet and bring each other up to date.  Jason is perplexed.  After all, she flatly rejected his overtures five years earlier when he wanted to leave the priesthood to be with her.
Jason did leave the priesthood shortly after her rejection and has led a monastic life in a secular community teaching inmates in a state prison.  He agrees to m​eet her.  They click immediately.  Or do they?  Events soon begin to complicate their lives beyond anything Jason could have imagined.
​     And that’s only the beginning.  The situation turns lethal, and Jason realizes his life is threatened.  Is Cari’s also?  A terrifying prospect, almost more than Jason can bear.   But all the more terrifying, what if Cari isn’t in danger at all?

​Comments by readers and critics--

The author once again has provided a fast-paced tale of mystery  and suspense.  Additionally, he has quite nicely and credibly described the mental machinations of individuals who are carrying extremely heavy psychological burdens.  But perhaps even more captivating is the fact that the author has had the temerity to describe and discuss a subject so often avoided; viz. the often miscarriage of justice in the system’s mandatory protocol.

This love story/mystery is a stand-alone sequel to Imperfect Acts.
A tense, fast-paced and compelling tale by Peter Shianna.
Manhold Reviews - 5 stars

Mr. Shianna’s previous works have been page turners; and this one I read without stopping.  It is thought-provoking, full of twists and turns, sexy...and the ending caught me by surprise.  After you finish reading this terrific work, draw others into discussions of their interpretations of Flawed Justice.
Bud Walker - 5 stars

Would definitely recommend this book and am looking forward to a sequel as it teases with a very interesting ending.

Another page-turner by Mr Shianna I read in two sittings.  I didn’t need to ponder over good and evil relating to justifiable murder as clearly defined in this book.  I did not see the end coming and cannot wait for the sequel.  Loved the characters.
Twyla Hannah - 5 stars

I read this book over the course of an afternoon and evening.  Mr Shianna write a fast-paced story that is hard to put down.  His characters are real and he manages to get the most evil possible out of the villain.  Well developed relationships...keep the reader on edge.  An excellent read.
Bill Curran - 5 stars

​Peter Shianna’s newest book is very hard to put down and will keep you in suspense until the very end.  We can only hope there will be a sequel.  He has a way of developing his characters so you feel you really know them first hand.  A must read book.
Denese Kruse - 5 stars

Another great read from Peter Shianna.  A page turner for sure while at the same time demanding the reader contemplate right and wrong and what exactly is “true justice.”  Thanks to Peter Shianna for continual excellence.